WE ARE FULLY QUALIFIED INSTRUCTORS

ABOUT US AND WHAT WE DO 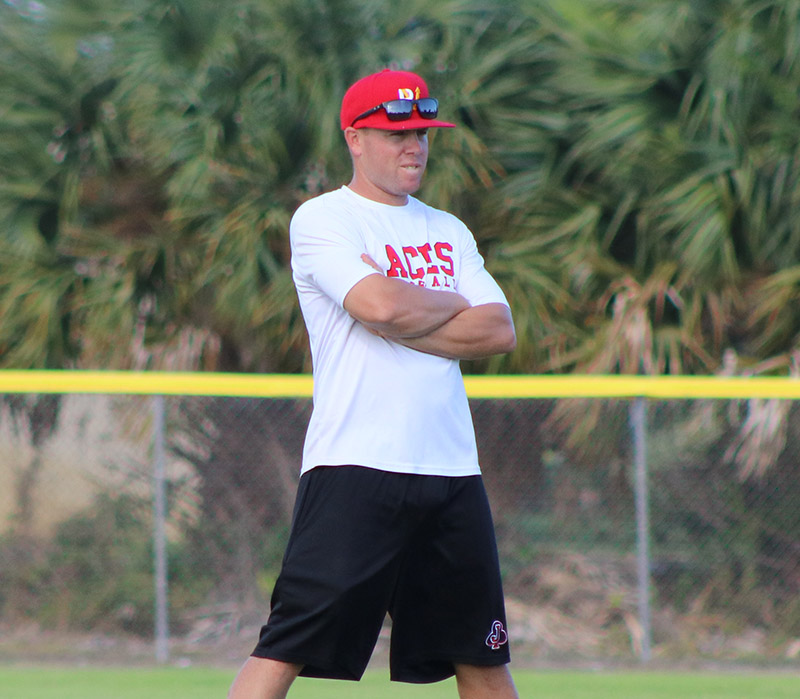 Hitting Instructor
As a player Jason Stidham played at Melbourne High School under Coach Pete Donovan. As a Bulldog Stidham was a two-time Space Coast Player of the Year (2005 and 2006). In 2005 he was FSWA All-State first team and in 2006 FSWA All-State second team. Stidham was selected in the 2006 MLB Draft in the 43rd round with the 1286th overall by the Arizona Diamondbacks.

Out of high school Stidham attended Florida State University in 2007. Stidham made the All-ACC First-Team and earned Louisville Slugger Freshman All-American recognition as well as first-team Freshman All-American accolades. Stidham posted a .366 batting average in his first season with the Seminoles collecting 86 hits, 17 doubles, six home runs and 48 RBIs and was named the ACC and NCBWA National Player of the Week for his performance (.581 batting average) against Georgia Tech to close out the regular season. Stidham started at third base in all 61 games that he saw action, while going a season-high 17 games without committing an error at the hot corner.

In 2008 Stidham was a Brooks Wallace Award Preseason Watch List candidate. His sophomore season he moved from third to second base where he made 62 of his 64 starts. Stidham hit .324 with 82 hits in 255 at-bats, and was one of only three Seminole players to register double-digit home runs finishing the season with 11. Stidham was the top hitter for the Seminoles in the NCAA postseason posting 21 hits and a .477 average in 10 games, while registering at least one hit in nine of 10 games. Stidham started both games of the College World Series and hit a three-run homer in the bottom of the eighth against Stanford erasing a three-run deficit to tie the game at 5-5.
During the 2008 Summer Stidham was selected to play in the premier Cape Cod Summer League. His was a member of the Harwich Mariners that finished in 1st place that Summer. Stidham was named Co-MVP of the Cape Cod Championship Series.
In 2009 Stidham was selected by the St. Louis Cardinals in the eighth round (249th overall) of the 2009 amateur entry Draft. He played three seasons with the Cardinals before ending his career due to injuries.

Stidham has worked for multiple baseball/softball facilities before returning back to his hometown here in Melbourne. His passion is working with youth baseball and softball players. He is the owner of the Upper Deck Sports Facility. 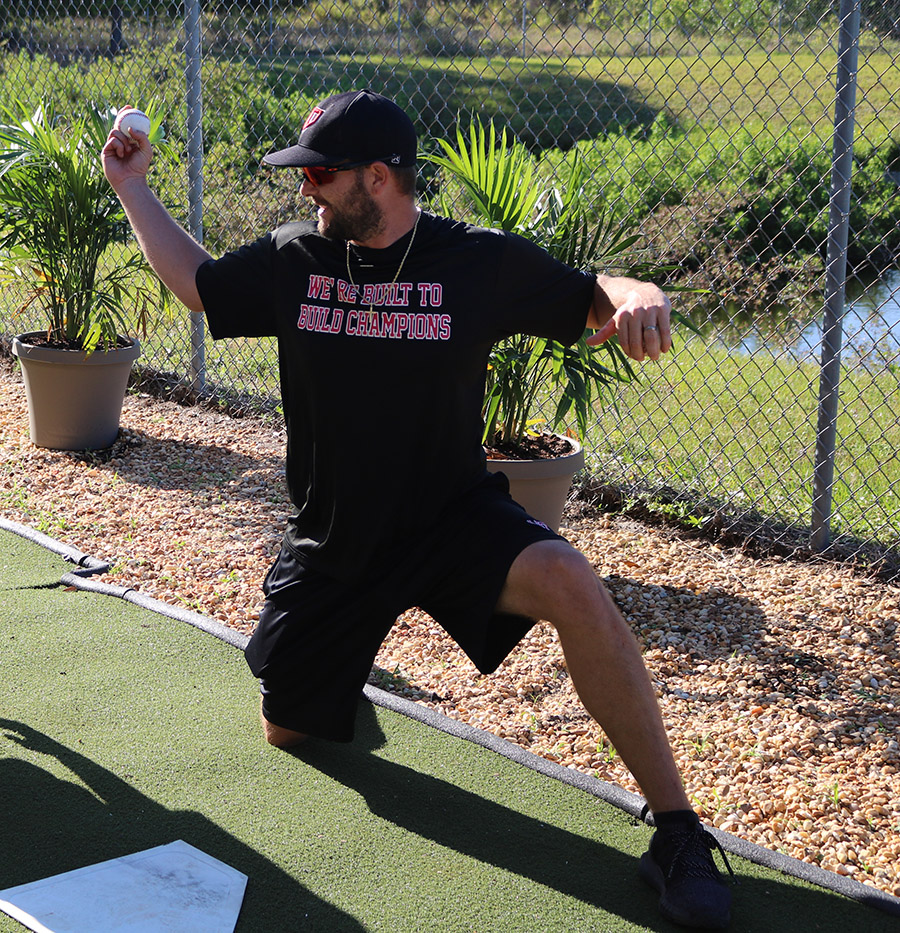 Pitching Instructor
Chris Heston graduated from Bayside High School in Palm Bay, Florida. He played college baseball for two years at Seminole Community College. He was drafted by the Minnesota Twins in the 47th round of the 2007 Major League Baseball Draft but did not sign with the team. In 2008 the Washington Nationals drafted Heston in the 29th round, but he again did not sign and attended East Carolina University. He was then drafted a third time, by the San Francisco Giants in the 12th round in 2009, and signed.

Heston made his Major League debut with the San Francisco Giants on September 13, 2014, in the ninth inning against the Los Angeles Dodgers where he pitched a scoreless inning. He eventually appeared in three games, including one start, and pitched five and one-third innings with a 5.06 ERA. The Giants clinched a wild card spot with an 88–74 record and eventually won the 2014 World Series, their third championship in five seasons. Heston did not participate in any postseason activity but received his first championship ring for his regular season contributions.

Heston was slated to start the 2015 season in AAA Sacramento, but was called up on April 7 to replace the injured Matt Cain. He got his first MLB win in his second start for the Giants on April 8, 2015, defeating the Arizona Diamondbacks 5–2 and throwing 6 innings. Heston gave up two runs, neither earned, but had five strikeouts gaining the win. On May 12, 2015, Heston pitched a complete game against the Houston Astros, allowing only two hits and one run, with 10 strikeouts and no walks. Heston was the first Giants rookie to throw a complete game with at least 10 strikeouts since Roger Mason on October 4, 1985, and the first Giants rookie with double-digit strikeouts since Tim Lincecum on July 1, 2007.

On June 9, 2015, Heston no-hit the New York Mets 5–0 at Citi Field, becoming the 22nd rookie pitcher since 1900 to throw a no-hitter in a major-league regular-season game. He struck out 11 and walked none; the only 3 runners to reach base were hit by a pitch. Heston closed his no-hitter with three strikeouts in the 9th inning, a feat last accomplished by Sandy Koufax in his perfect game in 1965 against the Chicago Cubs. He also became the first pitcher to no-hit the Mets in a Mets' home game since Pittsburgh's Bob Moose no-hit them at Shea Stadium in 1969. In the same game, Heston logged his first career RBIs with a two-run single. For his efforts, Heston was honored his first career National League Player of the Week Award as well as the key to the city by the mayor of Palm Bay, Florida.

On July 23, 2015, Heston carried a no-hitter into the sixth inning against the San Diego Padres, ultimately allowing only one hit and no runs in 7 1⁄3 innings pitched. The 9–3 victory over the Padres was Heston's 10th win, making him the first Giants rookie to reach 10 wins since Matt Cain in 2006.

Heston is now offering lessons and coaching teams at The Upper Deck Sports Facility. Where he joins his childhood friend Jason Stidham. They both coach the High School teams that showcase during the Fall and Summer seasons.

Pitching Instructor
Tim grew up in New Jersey and attended Avon Old Farms high school, an athletic powerhouse in Connecticut. As a three sport athlete, Tim had major Division 1 offers in Baseball, Basketball, and Football. All through high school he was regarded as one of the top high-school baseball prospects in the country (Reaching as high as #9 overall by PerfectGame USA) Electing to attend college, Tim attended The University of North Carolina, in Chapel Hill.

Tim signed as a free agent with the Toronto Blue Jays in 2012. He was a highly sought after prospect in the organization before being diagnosed with Type 1 diabetes which led to his release. Although his career was cut short, his experience has given him a unique perspective on the game which he has now brought to coaching.

“My goal is to teach these kids how to be an all around baseball player. This game is full of failure, physical struggles, and mental blocks. I will teach your child how to get the most out of their physical ability, while building up confidence and masterong the mental side.” 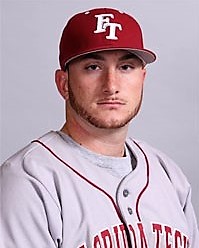 Coach
Coach Mike Demma grew up in Broward County Florida where he was a standout athlete at both high schools he attended. After posting a .487 batting average coupled with a 0.00 ERA in his senior season at Highlands Christian Academy, he was recruited by the Florida Institute of Technology (Florida Tech) in the Fall of 2006.
After proving himself during his freshman season at Florida Tech, Mike was rewarded with a starting role at first base in his sophomore year. That year he played a vital role in the team’s first playoff appearance since 1992. During his senior year, Demma batted .370 with 11 home runs, 18 doubles, and 51 RBIs, boosting his team to yet another playoff berth in 2010. That same year was awarded as 1st team all SSC and was also honored as Florida Tech’s Male Student Athlete of the year.
Since graduating, Mike has developed an extensive coaching background including one season as an assistant coach at Florida Tech in 2012, and three seasons as an assistant coach at Palm Bay Magnet High School. He has also been conducting private instruction for both softball and baseball for the last 7 years. Coach Demma’s expertise includes: Hitting, pitching (baseball only), catching, and all positions in the infield. 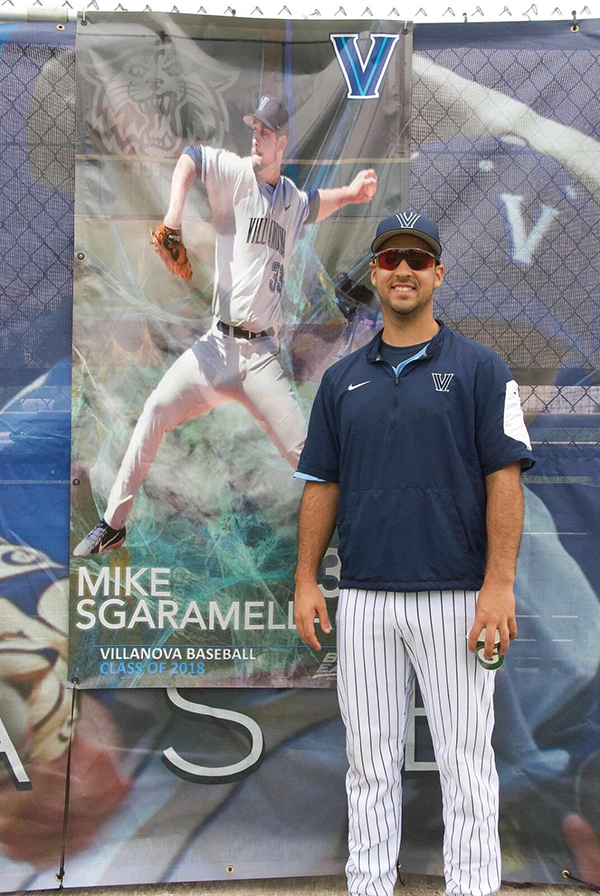 Pitching Instructor
Mike played 3 years of Varsity baseball at Seton Hall Prep. He won 3 county championships during his tenure along with 1 NJ Non-Public A North title. He was selected to be second team all conference his junior year and went on to play college baseball at the division I level at Villanova University where he was a four year starter. He was Big 5 player of the week twice and was in the Big East weekly honor roll twice as well. He co-holds the single game strikeout record as a freshman. After college, Mike started coaching and giving pitching lessons for the NJ Nationals, and now joins us as a knowledgeable coaching and pitching instructor. 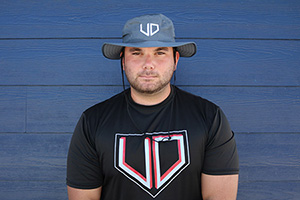 Catching/Hitting Instructor
DJ Link is a 2016 graduate of Harvard University in Cambridge, Massachusetts, where he majored in Economics. Recruited by a number of Division 1 Programs out of Seton Hall Prep High School in New Jersey, DJ verbally committed to play for Harvard in June of his junior year of high school. DJ was a four year catcher for the Harvard Crimson. As a senior, DJ was elected by his teammates as the Harvard Baseball Team Captain in 2016, due to the leadership and work ethic that he brought to the field every day.

DJ brings that same passion and work ethic to Upper Deck, where he is responsible for the skill development of the Catchers across the organization. Along with working with the catchers, he served as Head Coach of the 12u team during the 2017-2018 season, and will serve as a Coach for the 16u team for the 2018-2019 season. DJ emphasizes the importance of approaching and playing the game the right way, and having fun while doing it.

DON’T JUST GET IN THE GAME, GET AHEAD OF THE GAME